In 2020, Cork Traveller Visibility Group and Cork Community Art Link embarked on a mural project for TVG's premises on Lower John St, Cork city, which encompassed discussions, research and workshops with members of the Traveller community; which influenced the design. Work began on the mural in June 2021. The decision was made to align the mural with CCAL’s annual project Rebel Streets, a strategy supported by Creative Ireland.
Also in June 2021, we worked with TVG to paint graffiti on the side of their premises as part of Rebel Streets in conjunction with Cruinniú na nÓg and Creative Ireland. We had children from the Travelling Community engage with spray cans, paint and stencils guided by our artists and facilitators.
More Info 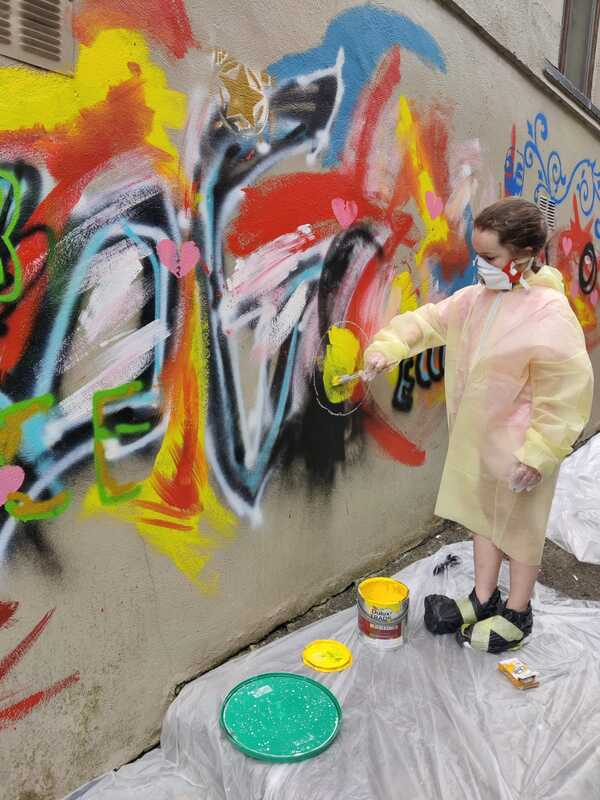 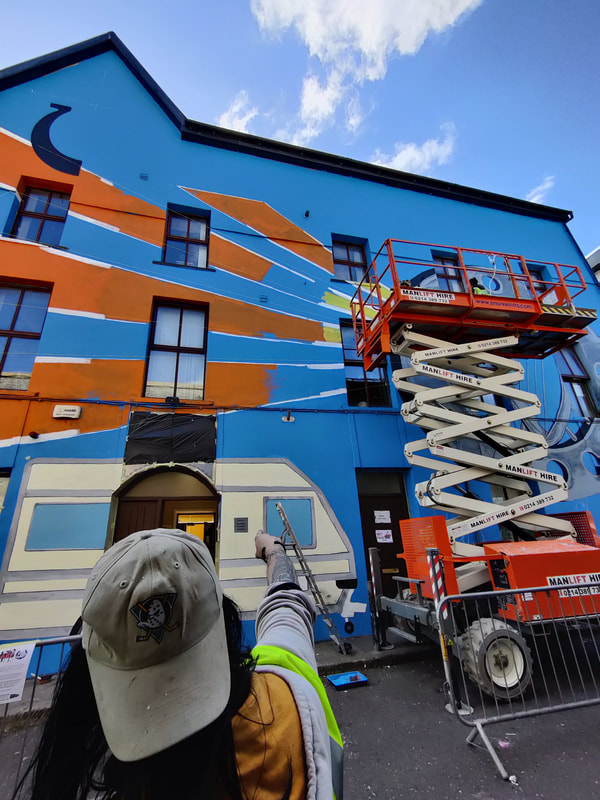 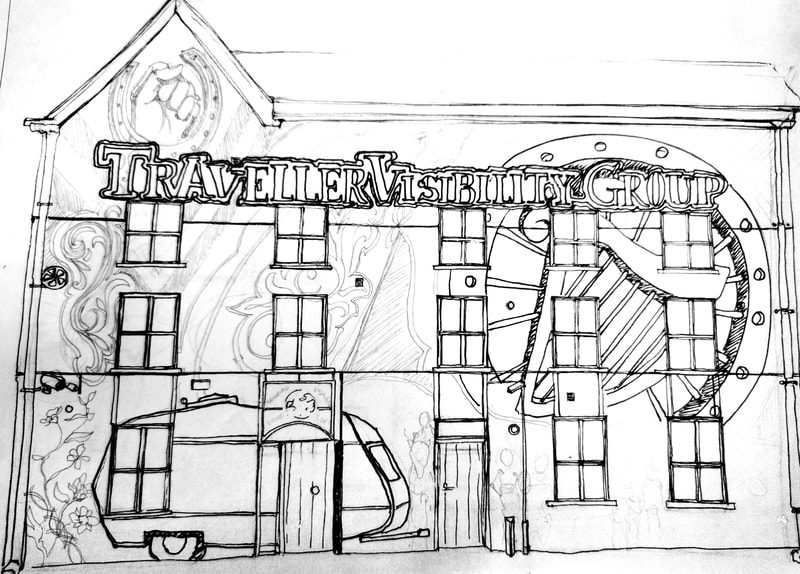 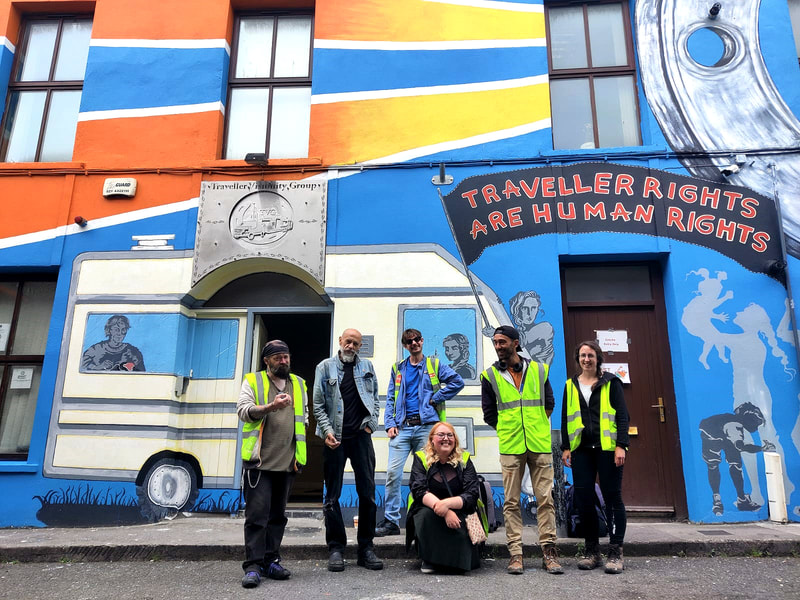 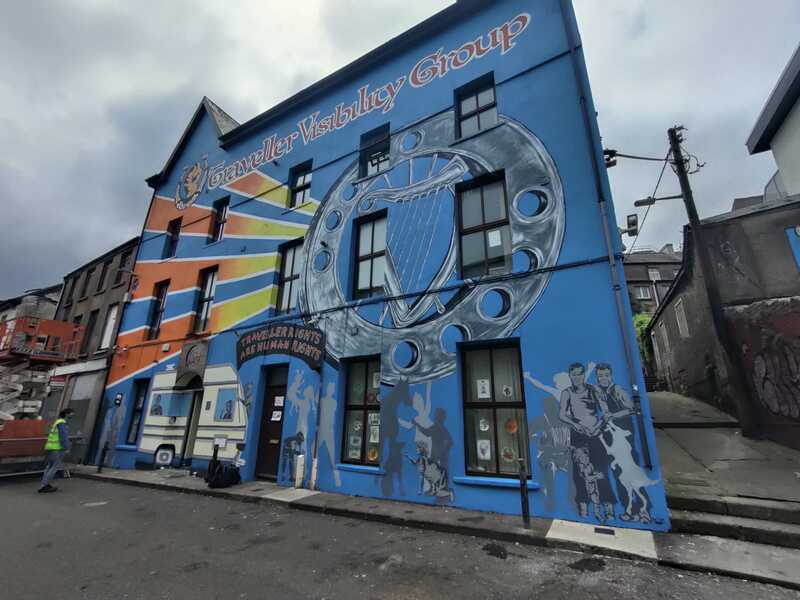 A Tale of Cork was an installation developed for St Patrick's Day 2021, with 3 elements: an audio piece, made by our Audio Engineer Ruairí Dale, consisting of voice notes sent in by people reading their favourite poems weaved in with original music by Ruairí; a stained glass window depicting the Goddess Clíodhna from Irish mythology; and steel bird sculptures which tie in with the story of the Goddess, all installed on site in Bishop Lucey Park, Cork city centre.
More info 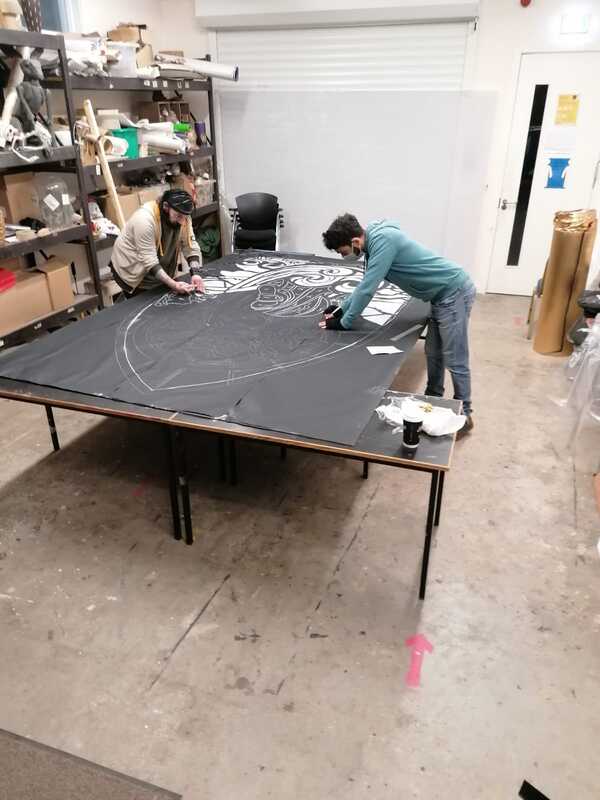 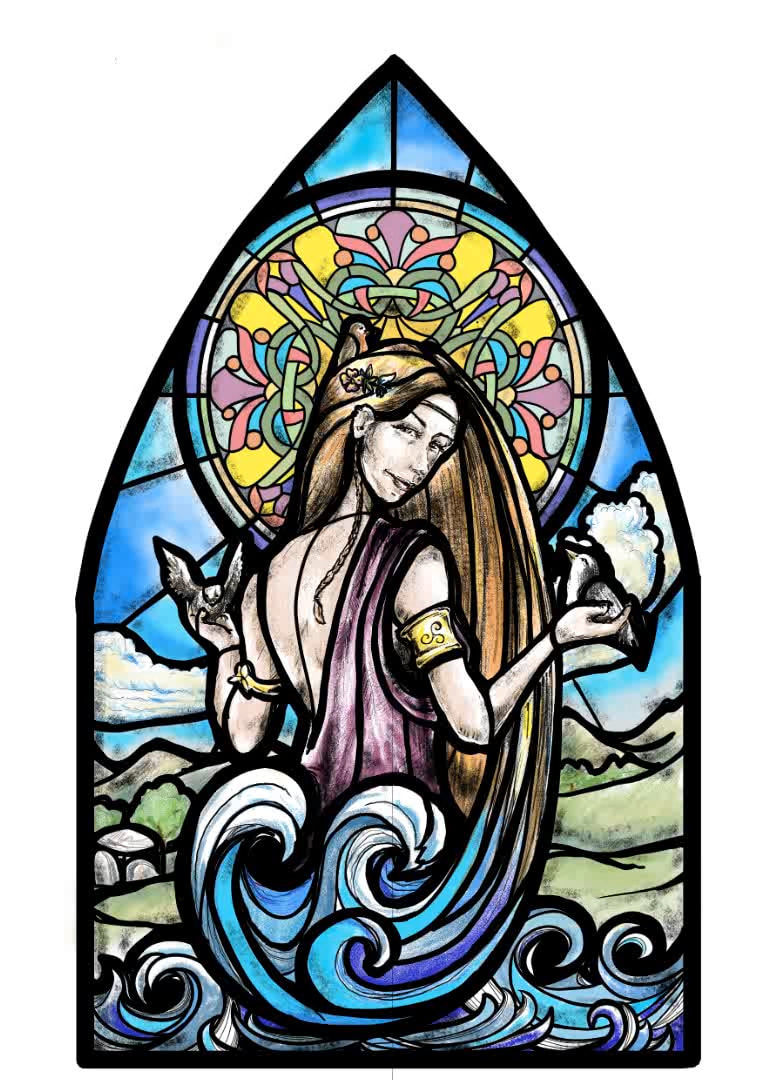 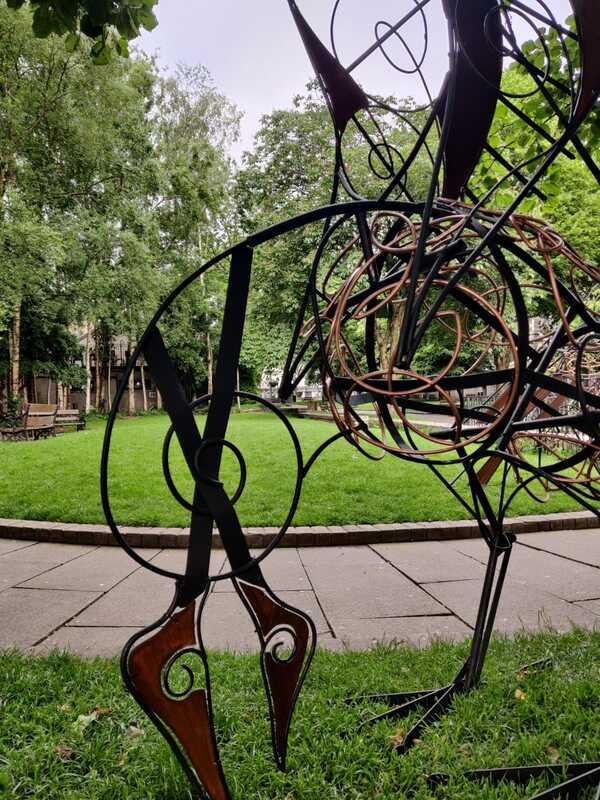 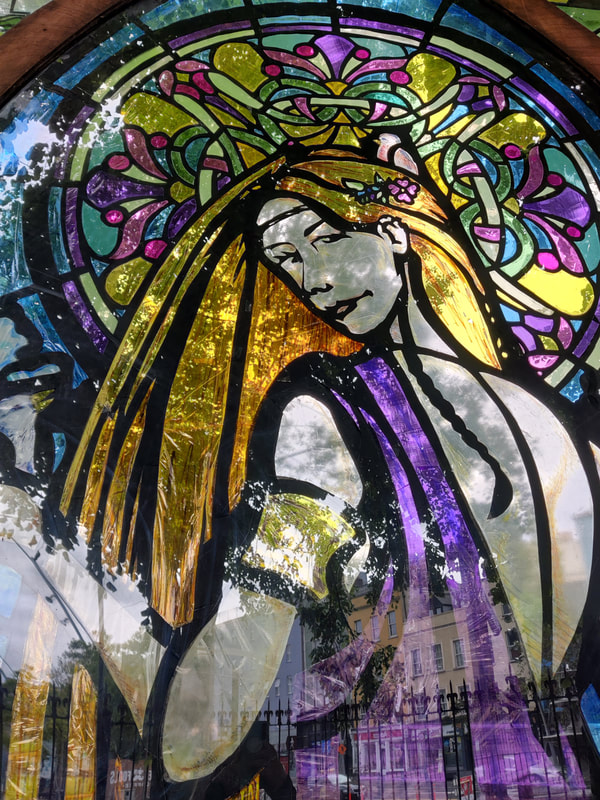 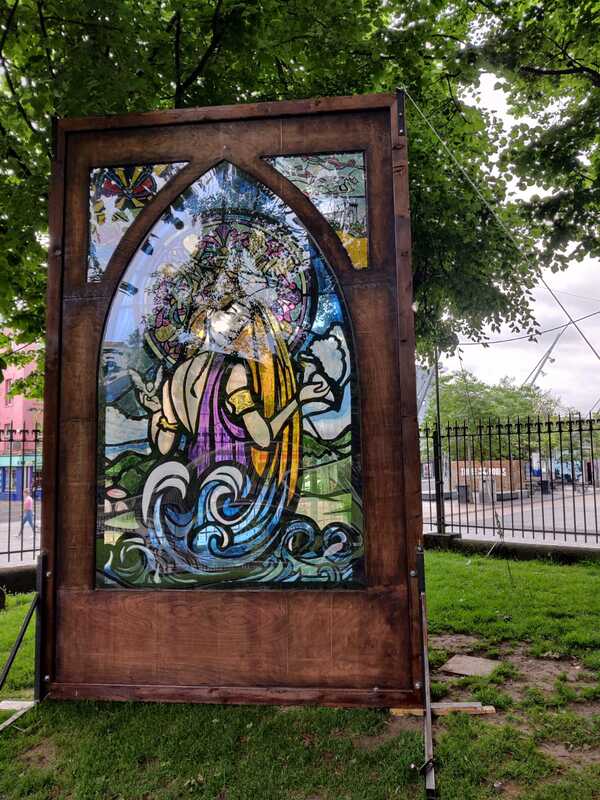 In 2021 for the first time ever, The Dragon of Shandon Festival featured a special Treasure Trail, which led kids and adults alike along the usual parade route to a final destination in Shandon, where they received a prize. There were spectacular installations and raucous performances, the night was a resounding success. The signature parade was unable to take place in 2021, due to COVID-19 restrictions making the usual extensive workshops and preparations impossible.
More info 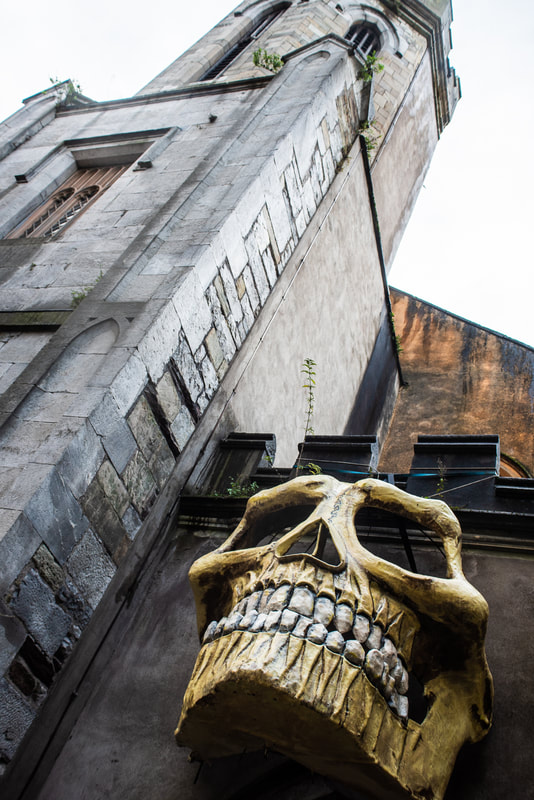 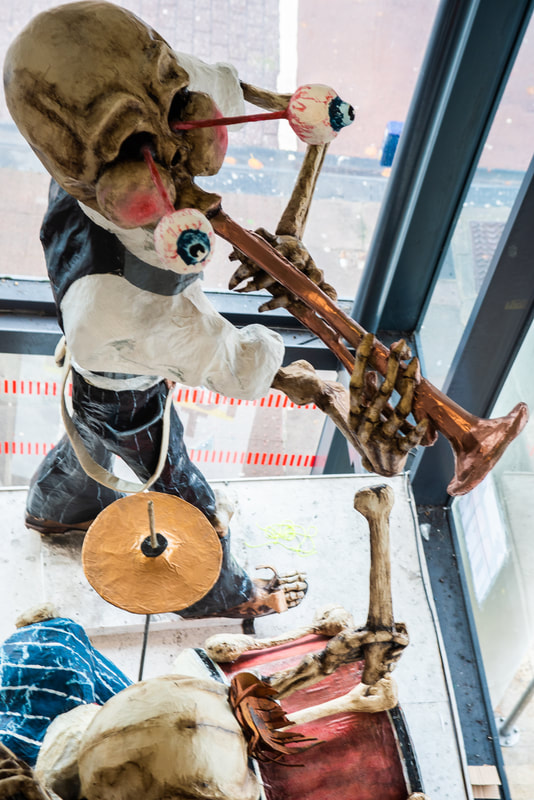 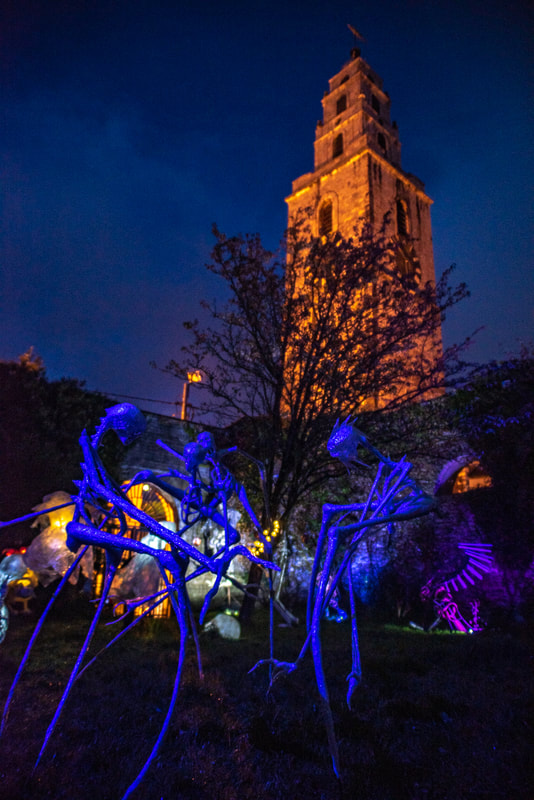 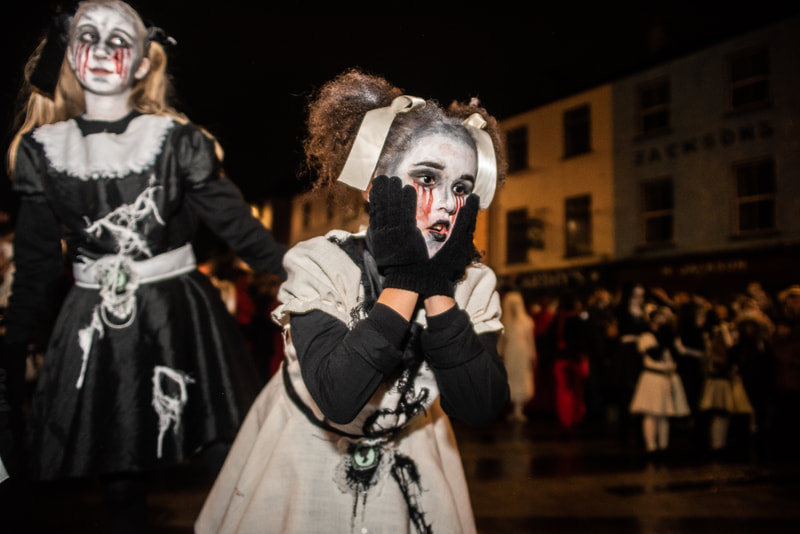